We come now to the final section of Thomas Merton’s Hymn to High Wisdom. For Merton’s Catholic sensibility, Sophia and Mary are one. As we look more closely at Merton’s poem for the Hour of Compline, we are guided by Christopher Pramuk’s  Reflections from his book: Sophia: The Hidden Christ of Thomas Merton (Liturgical Press, Collegeville Minnesota 2009) with citations from Susan McCaslin’s “Merton and Hagia Sophia” in Merton and Hesychasm: Prayer of the Heart: The Eastern Church  (Louisville KY, Fons Vitae 2003)

Christopher Pramuk notes that in this Hour of Compline Merton returns to his artist-friend Hammer’s image of the woman who crowns the boy Christ:

It is she, it is Mary, Sophia, who in sadness and joy, with the full awareness of what she is doing, sets upon the Second Person, the Logos, a crown which is His Human Nature.  Thus her consent opens the door of created nature, of time, of history, to the Word of God. 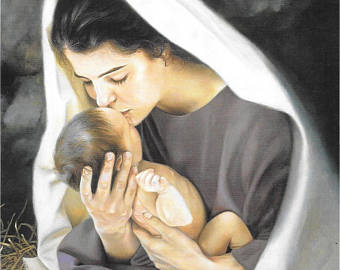 Quoting Michael Mott, Pramuk adds, Where Merton expects us to see the image from the painting …he also expects us to hear music. Michael Mott The Seven Mountains of Thomas Merton (Boston, Houghton Mifflin, 1984), 362

When the Salve Regina is sung by the monks at the Abbey of Gethsemani, all lights in the abbey church are extinguished except for one directed at the image of Mary in a window over the altar. (McCaslin in MHPH, 249)

“Yet,” Pramuk continues, “Mary crowns her son not with what is glorious, but with what is greater than glory: the one thing greater than glory is weakness, nothingness, poverty. It is thus through Mary’s wisdom and sweet yielding consent that God enters without publicity in the city of rapacious men. Indeed her sadness and full awareness of what she is doing reflect a wisdom well beyond her years…that will one day cause a sword to pierce her own heart.” (206)

As McCaslin notes, Mary’s crowning of the boy Christ is “an act of feminine power.” This contrasts with images of Mary being crowned by Christ, “rather than she actively empowering him.” (McCaslin MHPH 250)

Continuing to draw from McCaslin, Pramuk continues: “in crowning the Child with his human nature, the poem reminds us “that all men and women come from a common womb (the earth, the Feminine) and are alike vulnerable, frail, and utterly dependent on the earth and the feminine matrix.” (McCaslin MHPH 250)

By depicting the Child on the brink of adulthood, both the picture and the poem show our common humanity with Jesus “as ones who have undergone birth” as McCaslin says. Pramuk adds that we are like Jesus as well “as a people called to serve in world riven by sin and contradiction.” (Pramuk 206)

As incarnation of divine Wisdom, “the Child goes forth to …crucifixion and resurrection. As humanity the child goes forth, an Everyman or Everywoman, into exile from paradise.” (McCaslin MHPH 249)

Pramuk continues: “Mary, in her wise answer accepts the contradiction. Through her understanding, God enters without publicity into human history. The final scene of the poem, as Michael Mott notes, is a scene of haunting ‘solemnity, great beauty, and a piercing loneliness’.”(Mott,363)

The shadows fall. The stars appear. The birds begin to sleep.  Night embraces the silent half of the earth.

A vagrant, a destitute wanderer with dusty feet, finds his way down a new road.  A homeless God, lost in the night, without papers, without identification, without even a number, a frail expendable exile lies down in desolation under the sweet stars of the world and entrusts Himself to sleep. (Thomas Merton 1962)

Pramuk quotes McCaslin who finds here “a strangely modern figure of the exile or God as exile in us.” (MHPH 250) This suggests that “human destiny in a world exiled from Sophia is not altogether different from that of Jesus, the Son of Man who “has nowhere to lay his head.”

Reflecting on this final scene of the poem, Pramuk writes:

“What meaning can our lives have, after all, in the ‘vast expanses’ of an evolutionary universe? Like the hospital patient in the opening section of the poem; like Mary, receiving with astonishment the message of the Angel Gabriel; like Joseph who struggles in faith to make sense of it all; like Mary Magdalene, Peter, Nicodemus, John, all the hidden but crucial players in the narrative subtext pf the gospels – 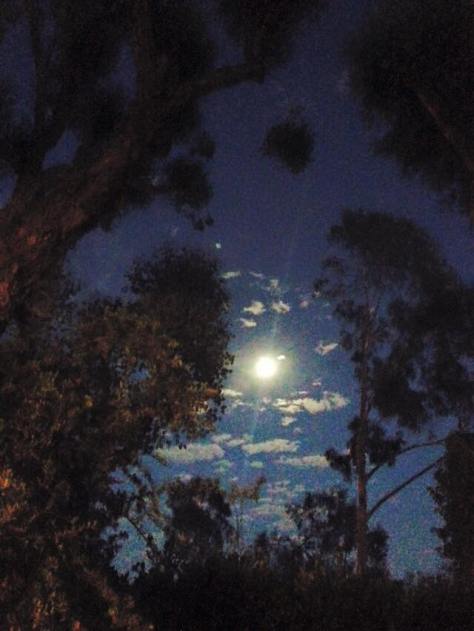 when  night embraces  the silent half of the earth everything depends on our laying ourselves down under the sweet stars of the world and giving ourselves over to the hidden Wisdom of God. Though our heads may pound with the clamor of many doubts and fears, and though it is more difficult than ever to see the stars, or even to remember to look for them through the glow of towering, sleepless cities, there is an inner music of Love, Mercy and Understanding that rises up from the earth itself, Natura naturans, and from the still point of the human heart, asking to be set free in the world. She is Wisdom, our Sister: God-given and God Himself as Gift. When we attend to her tender voice and give our quiet consent, she effects in us a work greater than that of Creation: the work of new being in grace, the work of mercy and peace, justice and love.” (Pramuk 207)