As we continue our search for Wisdom-Sophia, our guide for the next few weeks will be Rabbi Rami Shapiro speaking to us through the pages of his book, The Divine Feminine in Biblical Wisdom Literature (Skylight Illuminations, 2005). 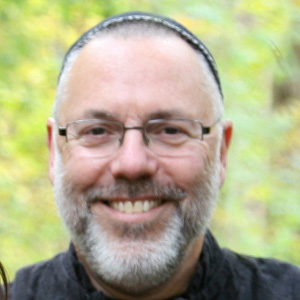 In his Preface, Rabbi Shapiro tells of being pursued by the Sacred Feminine:

I began to see her everywhere. She started talking to me….She intruded on my meditation and prayer time, and just would not leave me alone….She had me. I would go for walks late at night and talk with her.

His friend Andrew Harvey advised that he had best surrender: “She calls to everyone, and to ignore her is to ignore the greatest gift you may ever be offered: the passionate embrace of the Mother. She is going to hound you until she has you, and then She is going to strip you of all your ideas and notions until there is nothing left to you but the ecstasy of her embrace.”

Yet still Shapiro struggled, for it seemed to him that the presence was the Virgin Mary, someone he could not commit to as a Jew.

Andrew said to me, “It isn’t Mary, but the Mother. She comes to the Christian as the Blessed Virgin; She comes to you as Chochma, Mother Wisdom.” And with that my whole life changed.

Shapiro writes: Chochma, the Hebrew word for “wisdom”, is the manifestation of the Divine Mother as She appears in the Hebrew Bible. She is the first manifestation of God, the vehicle of His unfolding, the Way of nature, the way God is God in the world you and I experience every day. Seeing her as Chochma removed the last of my defenses. I stopped running away, and gave myself to Her as best I could.

As he began to share Her teachings as found in the Jewish Wisdom Literature of the Hebrew and Greek Bibles, Shapiro found his listeners “began to relax”, not because he had made Her ”kosher” but rather because “what they heard in the text was what they somehow already knew in their hearts”.

As you read the teachings of Mother Wisdom, know that She is speaking to you, inviting you to Her home, to Her hearth, to her teachings that you may become a sage….Wisdom is taught, so the student needs a teacher, but once She is learned there is a great leveling: Teacher and student share the same understanding. (from the Introduction)

As Shapiro began to move through the Hebrew Scriptures, citing passages, reflecting upon them, I as a reader felt I was hearing what I “somehow already knew in (my) heart.”  See if this is also how it is for you.

In the Book of Proverbs, Wisdom/ Sophia/ Chochma speaks:

The Lord created Me at the beginning of His work, the first of His ancient acts.

When He established the heavens, I was already there.

When he drew a circle on the face of the deep,

When He made firm the skies above,

When he established the fountains feeding the seas below…

I was beside Him, the master builder.

I was His daily delight, rejoicing before Him always.

Rejoicing in His inhabited world, and delighting in the human race.

Shapiro writes that “Chochma ….is the ordering principle of creation”:

She embraces one end of the earth to the other, and She orders all things well.  (Wisdom of Solomon 8:11)

Her ways are ways of pleasantness and all Her paths are peace.

She is a Tree of Life to those who lay hold of Her; those who hold Her close are happy.

Wisdom is not to be taken on faith. She is testable. If you follow Her you will find joy, peace and happiness not at the end of the journey but as the very stuff of which the journey is made. This is crucial. The reward for following Wisdom is immediate. The Way to is the Way of.

“When She Rises” Artwork by She Who Is Mixed Media 2017

Shapiro teaches that the key to awakening that is Wisdom is having a clear perception of reality. Wisdom does not lead you to this clarity; She is this clarity….The Way to Wisdom is Wisdom Herself. You do not work your way toward Her; you take hold of Her from the beginning. As your relationship deepens, your clarity of seeing improves, but from the beginning you have Her and She has you.

Chochma is not a reluctant guide or a hidden guru, Shapiro writes. She is not hard to find nor does she require any austere test to prove you are worthy of Her.

She stands on the hilltops, on the sidewalks, at the crossroads, at the gateways (Proverbs 8:1-11) and calls to you to follow Her. Wisdom’s only desire is to teach you to become wise.  Her only frustration is your refusal to listen to Her.

….To  know Wisdom is to be her lover, and by loving Her, you become God’s beloved as well.

In our becoming partners, co-creating with Wisdom, Shapiro writes:

Wisdom will not tell why things are the way they are, but will show you what they are and how to live in harmony with them….Working with Wisdom, you learn how…to make small, subtle changes that effect larger ones. You learn how to cut with the grain, tack with the wind, swim with the current, and allow the nature of things to support your efforts. She will not tell you why things are the way they are, but She will make plain to you what things are and how you deal them to your mutual benefit.