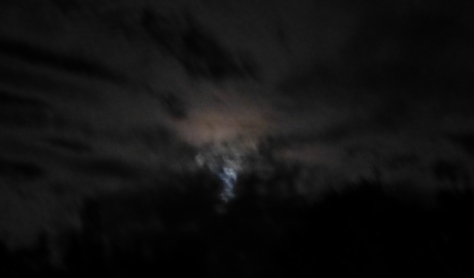 On the morning following our Nature Walk among the trees, bushes, healing plants and flowers of Mount Pelion, we awaken. We find our way to the dining room where large windows overlook the mountainside. Gazing at the view, we enjoy Greek yogurt, honey, fresh bread and fruit. After breakfast, Jean gathers us into a small sitting room where we each find a space on a cushion, a chair, a couch or the floor.

“We are all connected with the deep ecology of the universe,” Jean says, drawing us into the theme for her morning’s teaching, which is to be based on Duane Elgin’s book, The Living Universe. As Elgin’s mentor, Jean had assisted him with the book’s development. “Sacred natural settings like Mount Pelion give us potent awareness of this.”

The universe, Jean tells us, is being continuously recreated and we ourselves are part of this rebirthing, capable of working with the realities of space and time, capable of changing realities. Just as the universe is 96 % dark matter so too with us: our own possibilities are hidden. Yet we are part of a vast support system. In deep relationship with spiritual power, we partake with the universe in a process of interdependent co-arising. We experience what Jesus knew when he said, “The Father and I are one.”

Physicist David Bohm described the universe as “an undivided wholeness in flowing movement”, a single symphony of expression being regenerated at each moment. We are limited only by our consciousness, by our awareness. “Your identity is equal to your consciousness of it,” Jean tells us.

We live in the clear light of mother universe, an ocean of luminosity, presenting itself to us as transparent. The nature of reality is more akin to music than to machine. A vast “Indra’s Net”, reality resonates with each bead that rings. Every bonded particle is in resonance with every other particle. We are present to the farthest star. Listen to it all, for our ears have the capacity for infinite dimensionality.

How our consciousness grows determines the harmonious structure of probability: the intended music of our consciousness structures what happens in our life. Our thought is a request for mirroring. Our physical bodies are anchors for light. Our life can change in an instant through awakening.

This IS the time of the great awakening: our own reflective human consciousness allows the planet to advance itself through us as we awaken. That’s why everything of the older order is breaking down.
In the Axial Age, around 600 BC (within an era stretching from 900 to 200 BC), the great religions rose to set the direction of spirituality for millennia. In a time of extreme violence and warfare, religions responded by putting Compassion at the centre.

Now we have lost the story and need a new one in response to looming conflicts related to the scarcity of resources. We need the GREAT AWAKENING in this time of huge collapse and Re-Creation. We respond by radical transformation, discovering the reality of our universe.

Material deprivation leads to spiritual abundance. Our species has been in adolescence. Now we are maturing into the promise of a hopeful future as we grow into awareness of our responsibility.
Pope Francis is speaking as “the first adult”.

We are a witnessing species now transparent to each other. We are a cosmic species, children of a living cosmos, with purpose to our lives. The sense of connection awakens as we see ourselves as part of the living universe: the offspring.

Humanity is on a heroic journey into awakening, living within a living universe. There is a mutuality of knowing between the universe and ourselves, a sense of belonging. We need only the social will to claim the connection.

PAY ATTENTION as decisions of monumental importance for our future are made.

It is still full darkness the following morning when I waken with sudden knowing. 5:20 am. Time of the eclipse. Full moon. Blood moon. I pull on a warm robe over pajamas, push my feet into sandals, hurry outside. Some of my companions are already walking around the perimeter of the hotel trying to locate the moon in this blackened cloud-shrouded sky. I see a bright light just above the hotel’s front entrance. I stand here, a solitary watcher gazing at the sky. This may be part of the eclipse. Yes, it must be. I wait, gazing.
I hear Jean’s voice behind me: “That’s not the moon. That’s the Morning Star.” Oh….
A wind separates the clouds so we can follow the light further along the road.
Darkness. Light. The clouds part to reveal a reddish tinge. The Blood Moon. The eclipse. We watch, wrapt in silence….

No teacher on the planet could wish for a better illustration of her teaching. Nor could any teacher make better magic of the moment, noting the emergence:
“The next level of your human becoming,” Jean says into the radiant darkness. “Feel it. Look out at the great branching of light….it looks like an angelic light, permeating through the sky, this sky of your own becoming, in this magnificent cosmic visual display. Great angelic forms. Just look at this phenomenal reality: potent and bright. 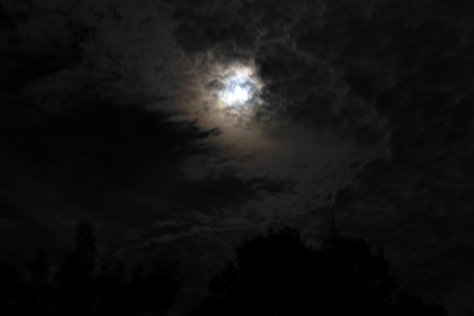 “The great branching out. As within, so without; as without, so within. Feel this branching, this activation of your essential humanness as it moves to its next possibility….the branching that is happening so powerfully now. 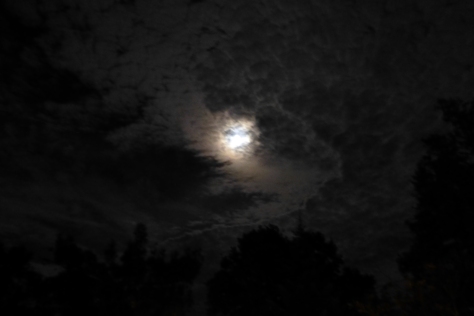 “Isn’t it glorious? One of the most beautiful skies I’ve ever seen…. And so it is”’